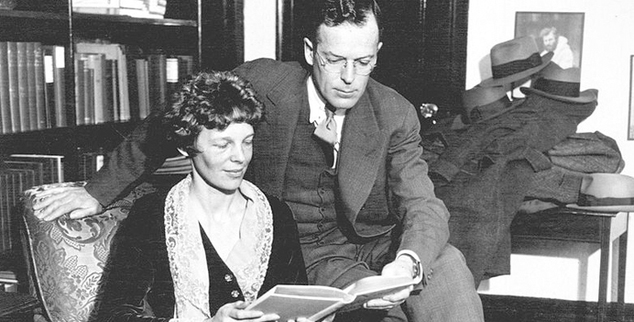 By Dale Moore, in partnership with the Bellefonte Victorian Charm

On April 12, 1929 the Democratic Watchman reported Amelia Earhart spent the night at the Bush House. Earhart reportedly left Curtis Field, NY at noon on that Monday for a flight to Cleveland, Ohio. She flew her Avian Biplane but a strong headwind caused her to exhaust all her fuel. After four hours in the air she decided to land at Bellefonte. She learned of stormy weather in the forecast so she decided to spend the night in Bellefonte.

Earhart went for dinner at 6 pm and the Bellefonte Burgess (Mayor), Hardman Harris, joined her to give her a warm welcome. Hardman Harris introduced Earhart to Jane Curtin, Jean Blanchard and Caroline Curtin who were members of the Amelia Earhart Club of Girl Reserves. Earhart was very friendly and was happy to meet with the students. She agreed to a brief visit at the Bellefonte High School that evening for a club meeting.

Earhart told Burgess Harris that she had heard a lot about the Big Spring and asked him to take her to see it. During her visit at the Spring, she told Harris it had exceeded her high expectations. 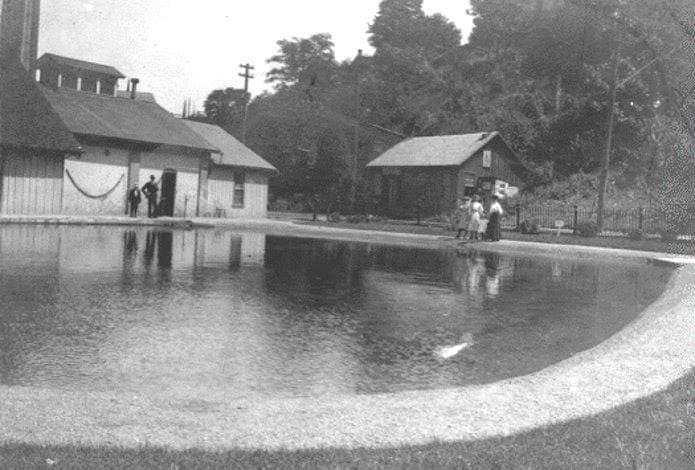 The Big Spring and the Pumphouse, before the spring was covered. Fred D Smith Collection.

While the 1929 Visit to the Bush House is the visit everyone talks about, it was not the first or last visit by Earhart. Bellefonte was also the first and last stop on Amelia Earhart's round-trip trans-continental flight from New York to California and back. This well documented flight made the news first in Pittsburgh when she had a problem landing there. The flight took place Aug. 31, 1928. She was 31 years old, and she had decided to take a vacation after writing her book “20 Hours, 40 Minutes.”

She was flying a plane she purchased from “Britain’s Lady Lindy,” and was accompanied on the first two legs of the flight by George P. Putnam, the man who would become her husband just a few years later. At the time of this particular flight, however, Putnam was married to another woman but was spending lots of time with Amelia because he was her publisher.

Amelia and George took off from Rye, N.Y., at 9:52 a.m. on Aug. 31, refueled in Bellefonte at about 1:45 pm. They had lunch and at about 3 pm they headed toward Pittsburgh. Amelia didn’t plan to land in Pittsburgh. She actually was heading toward Cleveland but she was so impressed with the Pennsylvanian city from the air that she decided to land there instead. 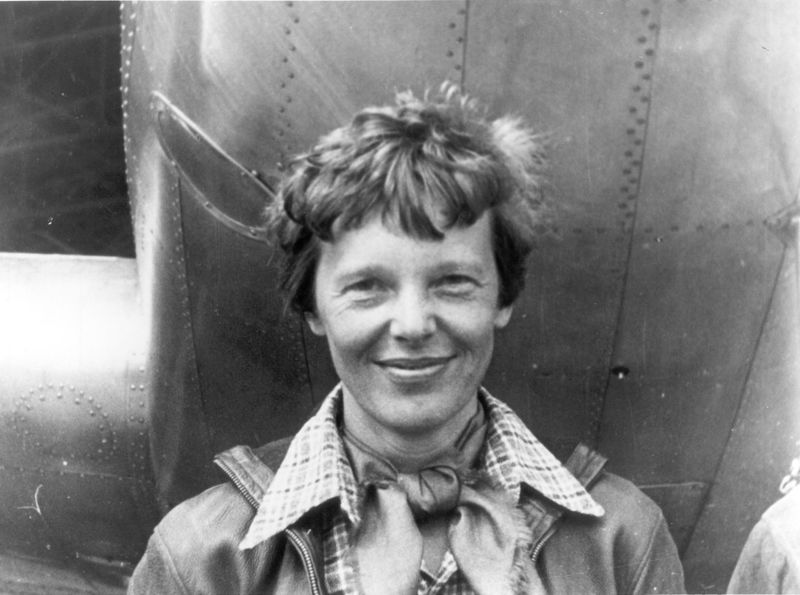 Amelia Earhart's now famous round-trip trans-continental flight from New York to California and back in 1929 was replicated in every detail in September 2011, when a female pilot set off from Rye, N.Y. in a vintage 1927 Avro Avian, the same model plane used by the aviation pioneer. Carlene Mendieta, 47, of Sonoma, Calif., flew to the same 23 cities that Earhart visited in 1928. Like Earhart, the first stop was in Bellefonte.

A third documented stop in Bellefonte was noted in the newspaper on September 27, 1929 when Amelia Earhart stopped at Bellefonte Airport in a six-passenger plane for fuel as she headed East. 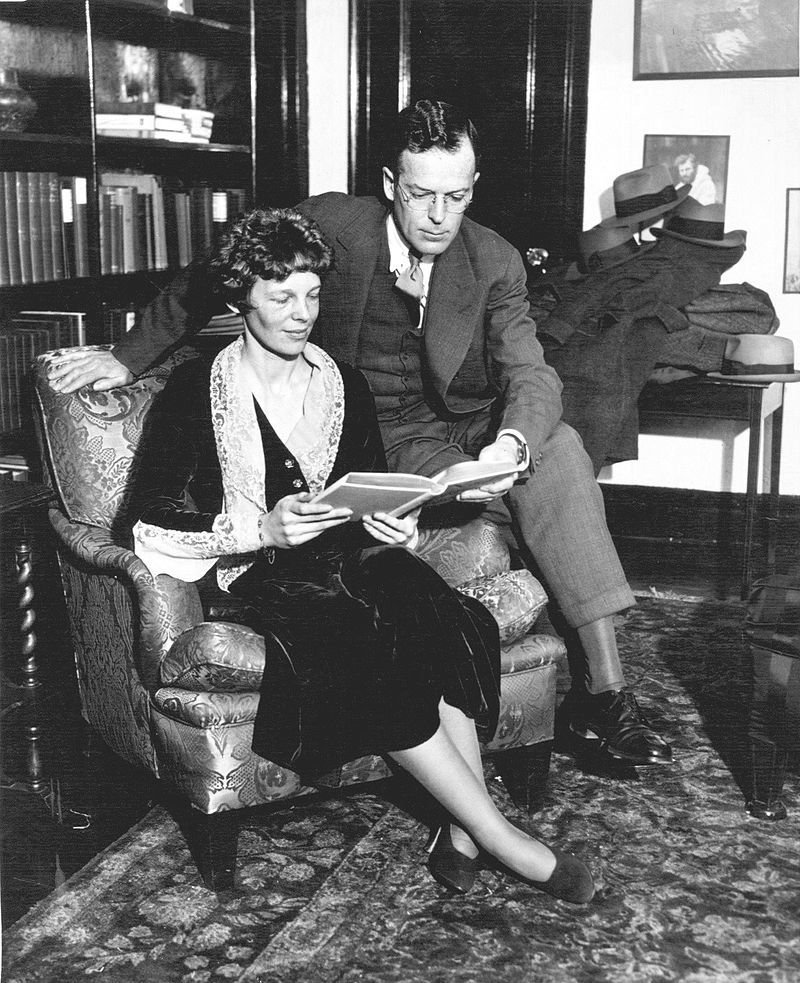 Earhart's next visit is generally not talked about yet is a very interesting one. Amelia Earhart must have been impressed with the Bush House on her 1929 visit because on December 5, 1930, Earhart flew to Bellefonte again. She was accompanied by George Putnam and the two dined together at the Bush House, then called the Penn Belle. The couple then flew out to Cleveland. At that time, Putnam and Earhart were a couple, and the New York news speculation was that the couple were looking for a place to get married.This must have been the case because on February 13, 1931, the Democratic Watchman reported that Amelia Earhart, a frequent visitor to Bellefonte, got married to George Putnam in New York City. 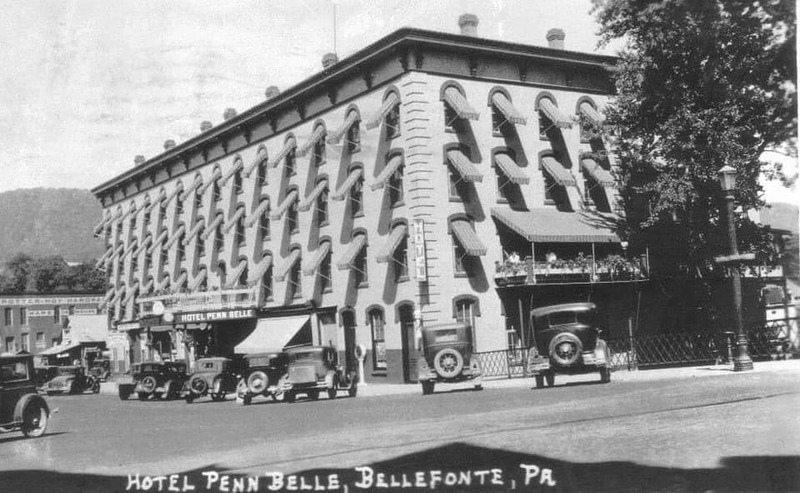 On July 2, 1937 Amelia Earhart, her navigator Fred Noonan and the Lockheed Electra they were flying were lost near the Pacific Ocean island of Howland. 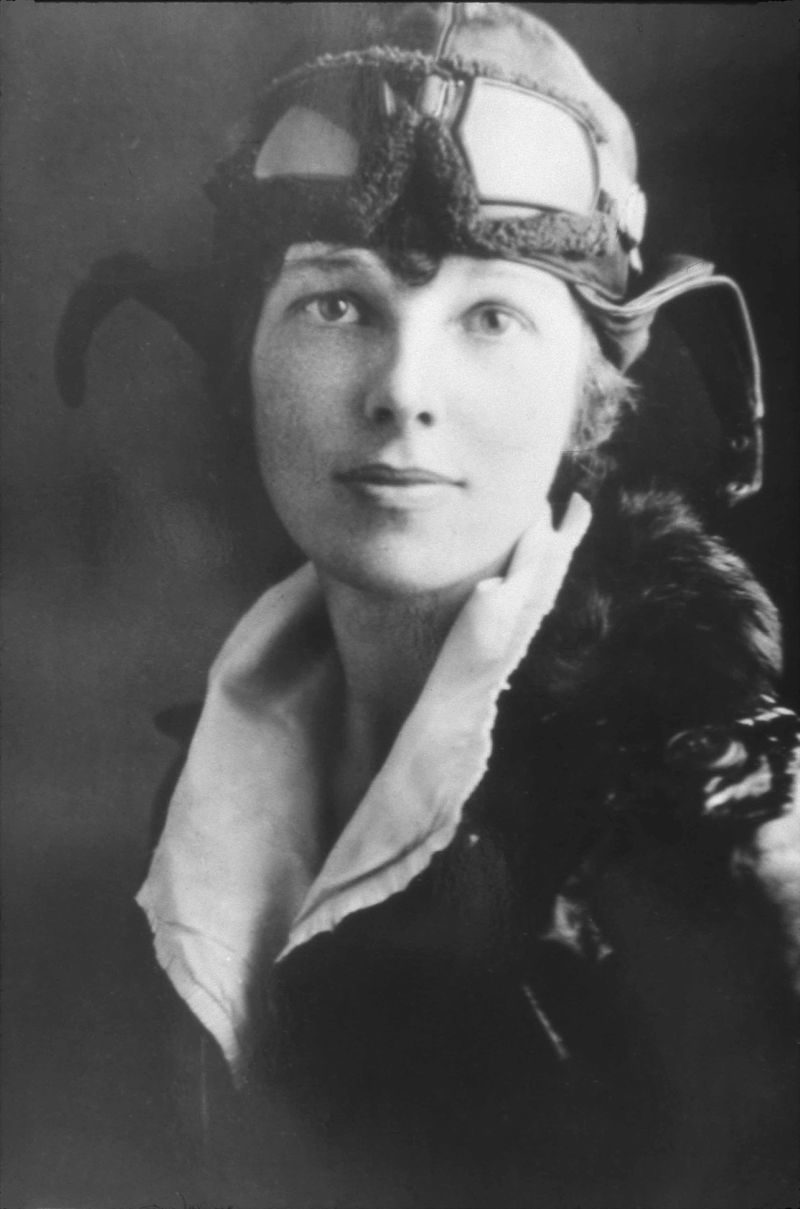