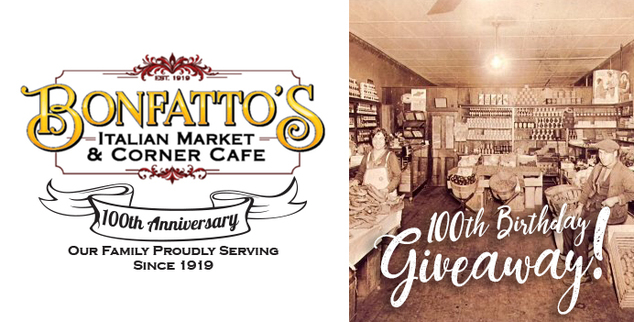 Back before all the 'foodies' and the 'gastro-pubs', back before you had your 'locally-sourced sauerkrauts' or your Anthony Bourdains, there was still one thing about opening a new restaurant or market that was true then and remains just as true today.

Open a small independent establishment and you will probably be out of business in a year or so. Maybe less.

Think about it. We all know a few places near and dear to our hearts (ahem, stomachs) that have stood the test of time. Places we went when we were kids and now take our own kids to whenever we can. But those kinds of places are few and far between. Most die a quick death while the scent of Grand Opening is still wafting through the air.
We barely knew ya'. No matter who you are or where you live chances are high that you have forgotten more come-and-go delis and sandwich shops than you will ever remember. You went in that first week, had a club sandwich and it was pretty good, then six months later the whole shebang was history: just another downtown vacancy.

Which, before I depress you to the point of gouging yourself with a salad fork, is why this whole story of Bellefonte's own Bonfatto's Italian Market & Corner Cafe, at 401 W. Hight Street is so remarkably welcome this week.

You read that right. 100 years old. That's an entire American century of making and serving up groceries and later home-cooked pasta and Old World specialties to generation after generation. Not to mention their famous Bonanza subs, of course. August 15, 1919. That's the exact day when owner David Letterman's grandparents, Guy and Pauline Bonfatto, opened the doors to the original Bonfatto's at 214 W. High Street.

That year, World War I officially ended and there were likely a lot of young veterans from Centre County who returned home from distant battles and popped into the new market in town. It was also the year of the Black Sox scandal in pro baseball when the Chicago White Sox lost the World Series on purpose. Race riots swept much of the nation as well, and Prohibition was just a few votes away from happening for real. To put it in a more mind-blowing context for you: if you were around in 1919 (which of course, you were not) you were very likely to run into old gents who just so happened to be veterans of the AMERICAN CIVIL WAR!!! as you made your daily rounds! Most of those fellas were still just in their 60's and 70's.

It was a heck of a time to be alive in the USA, but here in Bellefonte, just like the rest of the country, life did indeed go on. And folks still got hungry.

So a new produce and grocery market in this old Pennsylvania town was something to be genuinely excited about.

Still, it's the food business, you know? And I'm pretty sure that if you has asked any local Bellefonte gamblers if they wanted to take a wager on the odds of this Bonfatto's place still being around in a hundred years- a century into the future when everyone in town was long dead and gone- none of them would have bet it would be. Not a single solitary one.

"I stand here and look out the window (of the new location) and I can actually see buildings right up the street where my grandparents and parents used to live a long time ago," Letterman says. "Now we're back here again and it feels right. I constantly ask myself what my grandparents would say? I think that they would be proud that we have been able to keep the family business going and most definitely like the move back downtown and the rebranding of the business."

But this is a tough tough business and last year Bonfatto's moved from it's former Zion Road location of almost 20 years back downtown to where it all began. That was no guarantee that things would go smoothly. Especially since they incorporated a return to having an Italian market and change of menu into the relocation.

So now what? Has the transition been tough? How is Bonfatto's doing?!?!

Rest easy, pasta people, it appears that all is well in Marinara-ville.

"Being back downtown is everything that we would have hoped for," Letterman exclaims. "We have a huge following of old customers and so many new ones too."

And like a lot of people with deep roots in this storied town, he's grateful for all his ancestors did to help pave the way for him, his wife Sherri, and their family today.

"I think that one of the reasons we have been able to stay in business is because of the hard work that my grandparents and uncles have done. Sherri and I have only owned the business for 20 years. So it’s just a small part. Another key is that we have adapted to customers needs and looked to what we could offer that is needed in our community."

So much has changed through the years since this family first set out down the long hard road to some distant American Dream.

"We have put a lot of work into the Italian Market and Corner Cafe," Letterman reflects.

And it sure shows.

**TUNE IN TO BELLEFONTE.COM WEDNESDAY FOR A COMPLETE LIST OF ALL THE AMAZING 100 YEAR SPECIALS BEING OFFERED THIS THURSDAY ONLY!!!***