Home > Latin Mornings & Greek Afternoons: A Look Back at The Bellefonte Academy

Latin Mornings & Greek Afternoons: A Look Back at The Bellefonte Academy 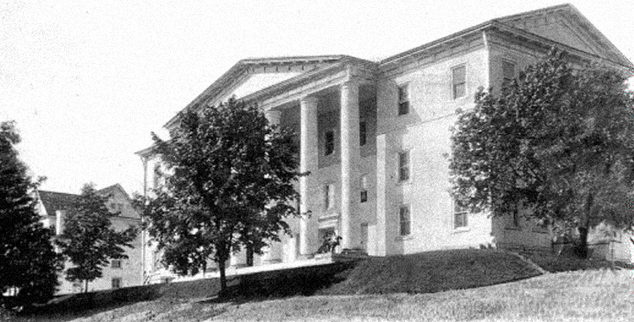 Back in 1917, there was a swimming pool right where the Bellefonte High School football team stands today. It was reportedly built and owned by the Bellefonte Academy, but the thing is: this wasn't just any old pool. Coming in at 323 feet long and 80 feet wide, it was "supposedly, the largest concrete pool in the free world," according to a 2018 article from the Centre County Gazette's, Connie Cousins. There was a pool as big as an airstrip here once upon a time.

And maybe even more amazing is that there was a school here that had the ability to HAVE a pool like that somewhere in the town. Such is the legacy of the Bellefonte Academy, that slightly mysterious, somewhat forgotten institute of yesteryear.

The Bellefonte Academy went up in 1805, the brainchild of the town's founding fathers, James Dunlop and James Harris. According to the late local historian and author, Ralph Gray, whose book, The School on the Hill: A History of the Bellefonte Academy Cougars 1890-1932, is one of the best available modern documents of the school, "The original 2-story structure was built on a limestone bluff overlooking the Big Spring."

That would be right up on the grassy knoll behind where the Dollar General and NAPA Auto Parts stores are today.

"The north and south wings were added in the 1840's and a brick addition was added in 1873," Gray continues. "Due to the lack of qualified teachers, the Academy closed its doors during the War of 1812 and the Civil War."

Judging by the scope of their idea it would almost seem as if Dunlop and Harris had a vision, if you will, to create a higher-learning space here that would eclipse anything else even close in all of Central Pennsylvania. And by all accounts they did just that. Even when an Act of the Pennsylvania Legislature in 1805 made the school official, it's highly doubtful anyone involved could have ever guessed that this academy would, over the next hundred years, help launch the lives and careers of as many accomplished politicians, athletes and VIPs as it did. By 1909, after a solid century of educating, the The Philadelphia North American laid it out plain and simple.

"The Bellefonte Academy," the paper stated, "has educated more governors, more senators, more judges, and more public men ... than any other school in Pennsylvania."

We'll get to that shortly. But first let's have a bit of imagination, okay? Trying to picture yourself in a classroom 200 years ago isn't the easiest thing to do, but it's worth a try, right? What was it like, I keep asking myself? Were the classrooms big or little? Did they have fireplaces in each one? How did they light them on darker days...candles?...lanterns? Firsthand accounts aren't so easy to come by, unfortunately. As is so often the case with history, there are holes in the accounting of day-to-day minutiae that paints the picture complete for future generations.

But there are little glimpses if you dig around.

In his 1886 book, A history of education in Pennsylvania, private and public, elementary and higher. From the time the Swedes settled on the Delaware to the present day 1825-1893, James Pyle Wickersham describes the Bellefonte Academy's interior and then he even taps into an official source who peels back a bit of the the mystery of the student's daily study schedule in the early 19th Century.

"The original building was small, there being but a singe room; the furniture consisted of a few pine benches and two heavy oak tables, each sufficiently large for eight to ten boys to sit around it; and an immense six-plated stove; and the course of instruction as late as 1824 is described by one who planned the curriculum, as "Latin in the morning, and Latin and Greek in the afternoon. Latin and Greek on Monday, and Greek and Latin on Tuesday. Wednesday brought the same studies, and Thursday the same. And Friday, 'repetition day', as it was called, a review of the whole week's previous study.' "

That is a whole lot of Greek and Latin. That's how upper-echelon educations went back in those days, though.

Even so, despite the emphasis on the very classical education approach, Wickersham points out, there was something rather extraordinary about this smallish school in this smallish town nestled in the hills of Central Pennsylvania. .

"In brief, Bellefonte Academy was a fair specimen of an old-fashioned classical school; but with all it's plainness in buildings and furniture, and the monotonous character of it's course of study, it made scholars, and sent forth a long list of men who became distinguished in all walks of life..."

Heck, even the school's architectural history is worth noting. Across a century of infernos and remodels, that small building that Wickersham described earlier grew and grew across the years, both in size and style. For a really cool glimpse at just what I'm talking about, check out this Bellefonte Historical & Cultural Association's on-line collection of Academy postcards and photos in all her various incarnations.

As for the noted graduates who passed through the school's halls?

For starters, there's an obvious one, and that's Abraham Lincoln's close confidant and friend, Pennsylvania Governor Andrew Curtin. Curtin is inarguably Bellefonte's most heralded native son and there's little wonder why. He was a powerful Republican force who stood staunchly next to Lincoln prior to, during, and after the Civil War. I could spend all day telling you more about him, and I think I might do just that in an another article down the road, but just remember this for now: when Lincoln gave his Gettysburg Address in November of 1863, it was his Bellefonte friend, Curtin who he had sitting there right beside him.

There's so many more than Curtain though. Over the course of a 130-year lifespan, (excepting the wartime years when the Academy was closed) the school sent a dizzying array of lads out into the world, quite a few who were destined for great things.

Take Edward Goodrich Acheson, from Southwest Pennsylvania, who only attended the academy for three years, from 1870-1872. And that was his ONLY formal education. But it was enough. He went on to invent the process which is still used to make Silicon carbide today, as well as becoming an early manufacturer of graphite.

Or how about Robert J. Walker, who lived in Bellefonte as a young boy, attended the academy here, went on to graduate top of his class from the University of Pennsylvania in 1819, and topped all of that of by becoming a Mississippi Senator and finally, Secretary of the Treasury in the mid-1840's.

Of course one governor is never enough for Bellefonte's gubernatorial thirst and the Academy was no different. Clinton County native, Daniel H. Hastings, also attended the Bellefonte Academy as a youth. Later, he served as Pennsylvania Governor from 1895-1899, adding to our town's Magic Governor Recipe.

The school didn't just produce politicos and statesmen though, mind you. They were also recognized as pretty darn good at sports too. And that makes prefect sense when you consider the list of athletes and coaches who were once students here. It's a long one.

John Montgomery Ward, better known as 'Monte Ward', had a 15-year Major League Baseball career that landed him in the Baseball Hall of Fame. He was also born here in Bellefonte and, surprise surprise!...attended Bellefonte Academy in the 1870's.

Football has always been a Central Pa strength- no secret there- but I have to admit I was still a little bit surprised to roll through the list of Academy boys who played the game here and then went on to help create the National Football League by playing pro football in it's earliest days. Heck, if you're a Steelers fan you ought to tell everyone you know to buy Bellefonte a cold Iron City or three because check this out. Harp Vaughan, Jake Stahl, Butch Kottler, Mose Kelsch, Frank Hood, and Luby DiMeolo were all Bellefonte Academy guys who went on to play for the earliest Pittsburgh Pirates (that's right!) teams during the birth of American pro football.

Business leaders, financiers, Congressmen, professors, lawyers, industrialists, the list goes on and on and on.

The Bellefonte Academey, sitting right up on that hill there behind the Dollar General where you buy your kid Gummy Worms, was once a dignified center of academia that launched boy after boy out into a rapidly changing nation during an era of colossal importance in American history. Clearly not every lad who passed through the Academy became a mover or a shaker; there were surely a slew of n'er-do-wells and underachievers who attended, same as any school. However the number of young men who were students there and then later went on to achieve real notoriety is remarkable, no two ways about it.

And that's something worth thinking about.

This is the first in a 12-part series of Bellefonte History articles written with the support of the Bellefonte Historical and Cultural Association.
Check out their website and Facebook page for information about Bellefonte and Centre County History, Architecture, and Culture. 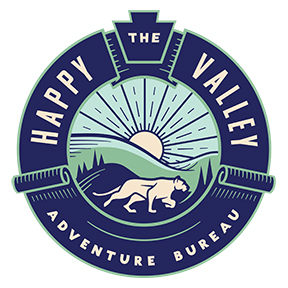 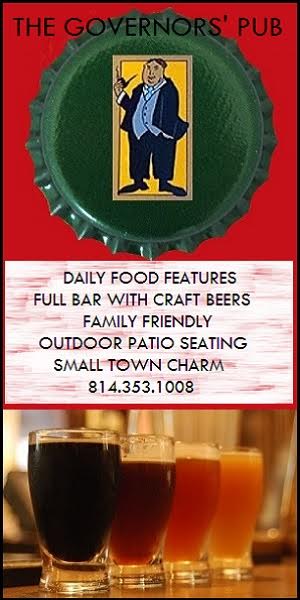