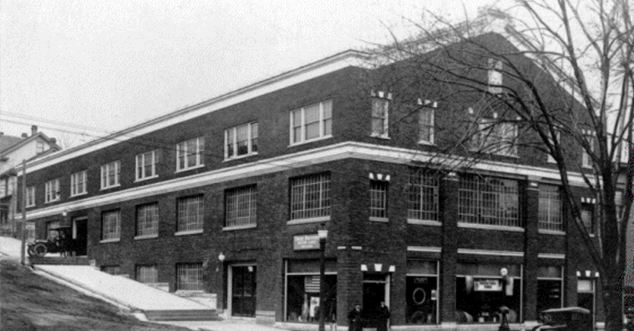 July 4th, 1913: 137 years after our founding fathers signed the Declaration, small-town Bellefonte, Pennsylvania was in the midst of a different sort of independence movement.

On that day, Anna Keichline, perhaps best known to the current Bellefonte community for her various architectural contributions, proudly led the women’s rights advocates of her hometown in the nationally organized “March of the Vote,” an event constructed a few months after the very first suffragist parade held in Washington, D.C. While the primary event in D.C. became notably controversial due to outspoken exclusions towards women of color, both marches are still considered a tremendous push towards the ratification of the 19th amendment—women’s right to vote—in 1920.

What spurred Anna Keichline to take on such a groundbreaking position of leadership? The daughter of attorney John Keichline, Anna was recognized for her superior intelligence at a very young age. At just 14 she became a news-worthy subject of the Philadelphia Inquirer when she won first prize for a card table and chest she built and entered at the Centre County Fair, a likely factor of self-confirmation years before her decision to study mechanical engineering at Pennsylvania State College, or the current Penn State.

Anna was the only woman in her class. After a year, she transferred to the prestigious Cornell University where she studied architecture and became heavily involved in a variety of activities. Then in 1920, the same year of the vote she worked so diligently for, Anna passed Pennsylvania’s new architecture registration exam to become the first female architect in the state of Pennsylvania.

Alongside designing over 24 buildings and residences in her own Bellefonte community and beyond, Anna officially owned seven patents, many of which helped to shape the world of architecture and design long after her passing. And as if her architectural accomplishments were not enough monumental contributions for a lifetime, she also served as a Special Agent in the U.S. Army under the Military Intelligence Division, for which her services were heavily praised.

“I feel that the appreciation should all be on my side—my having been given the opportunity to serve. I know of no other way to express this than to say that I will bear my experience in mind, study when possible, so that should the occasion arise, I will have more to offer.”